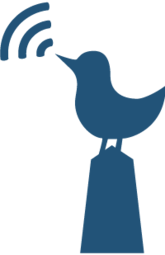 Several members of our team recently participated in the annual Rails Rumble, a programming competition in which teams made up of 1-4 people have 48 hours to build a Ruby on Rails-based web application. After a weekend of wireframes and database design, mockups and implementation, myself, Isaiah, Aaron and Jeff K. were able to show off our final product: TweetBeacon.

The idea behind our product is that social media is increasingly used to spread news, particularly in emergency or critical situations. We wanted to harness the ripple effect possible with social media and use it to rapidly notify people of crucial information. Twitter, with the power to infinitely retweet news, was a prime candidate for such a service, and so we decided to create an application to work in tandem with it. TweetBeacon was born. 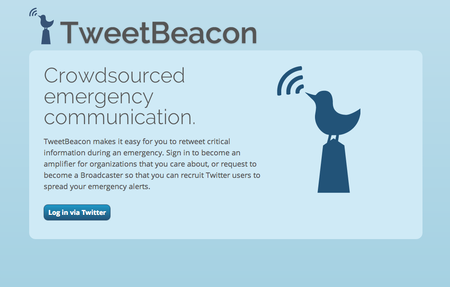 At its core, TweetBeacon facilitates crowd sourced emergency communication. The premise is that organizations can sign up as broadcasters (i.e., those who often need to rapidly disseminate critical information). Other twitter users can sign up as amplifiers, and their accounts will be used to retweet the original information from the broadcasters.

When you sign up as an amplifier, you can choose which broadcasters to allow access to your account. Allowing access simply means that when the broadcaster tweets something through TweetBeacon (i.e., in the case of an emergency), it will be automatically retweeted through your account and the accounts of anyone else signed up to amplify for that particular broadcaster.

For example, if the Red Cross wants to tweet about a crisis, they can sign into TweetBeacon and post their tweet through our interface. Let's say that the Red Cross has 100 amplifiers, including @Singlebrook. When they post their tweet through TweetBeacon, it will automatically be retweeted by those 100 accounts. If the average number of followers each of those 100 amplifiers has is 100, then the broadcaster will have reached 10,000 additional Twitter feeds at the click of a button.

Consider how news of Hurricane Sandy could have been spread through TweetBeacon. Local, state and federal government entities could amplify evacuation orders, severe weather warnings, tips for staying safe, and more. The Red Cross could reach thousands of Twitter users and ask for donations to emergency funds. Transit authorities could reach more people when announcing bridge, tunnel, and public transportation closures. In the aftermath, TweetBeacon could be a valuable tool for spreading news to those without power using their smart phones to stay connected.

Since our application was built within a mere 48 hours, there is still much to be done to make TweetBeacon into the final application we envisioned. We will continue to work on it and enhance its capabilities and interface. Our hope is that it can eventually become an efficient and popular means of disseminating emergency information easily.

Look for more updates on TweetBeacon in the future!