Singlebrook had a great Bugmash on Saturday. Six developers from Ithaca's small (but committed) Ruby community showed up to help move Rails 3.0 to a release candidate.
Everyone here was a first-time contributor, so we had a range of successes, from merely getting systems up and ready to run the full Rails test suite to testing patches and helping to close active tickets. We all learned a lot about Rails, Ruby, testing, and the Rails ticket system workflow.
I'd like to thank the RailsBridge community for organizing last week's Bugmash. It was great fun. 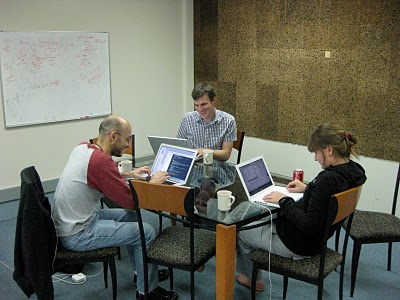 Aaron, Viola, and Michal mashing away. 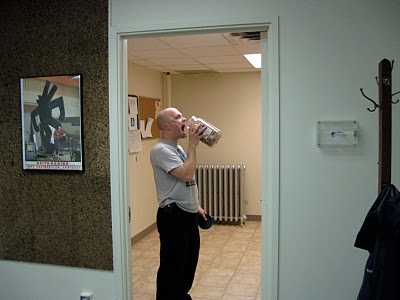 Singlebrook president and CTO Leon Miller-Out gets his snack on. 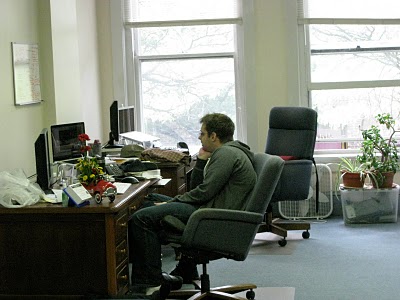